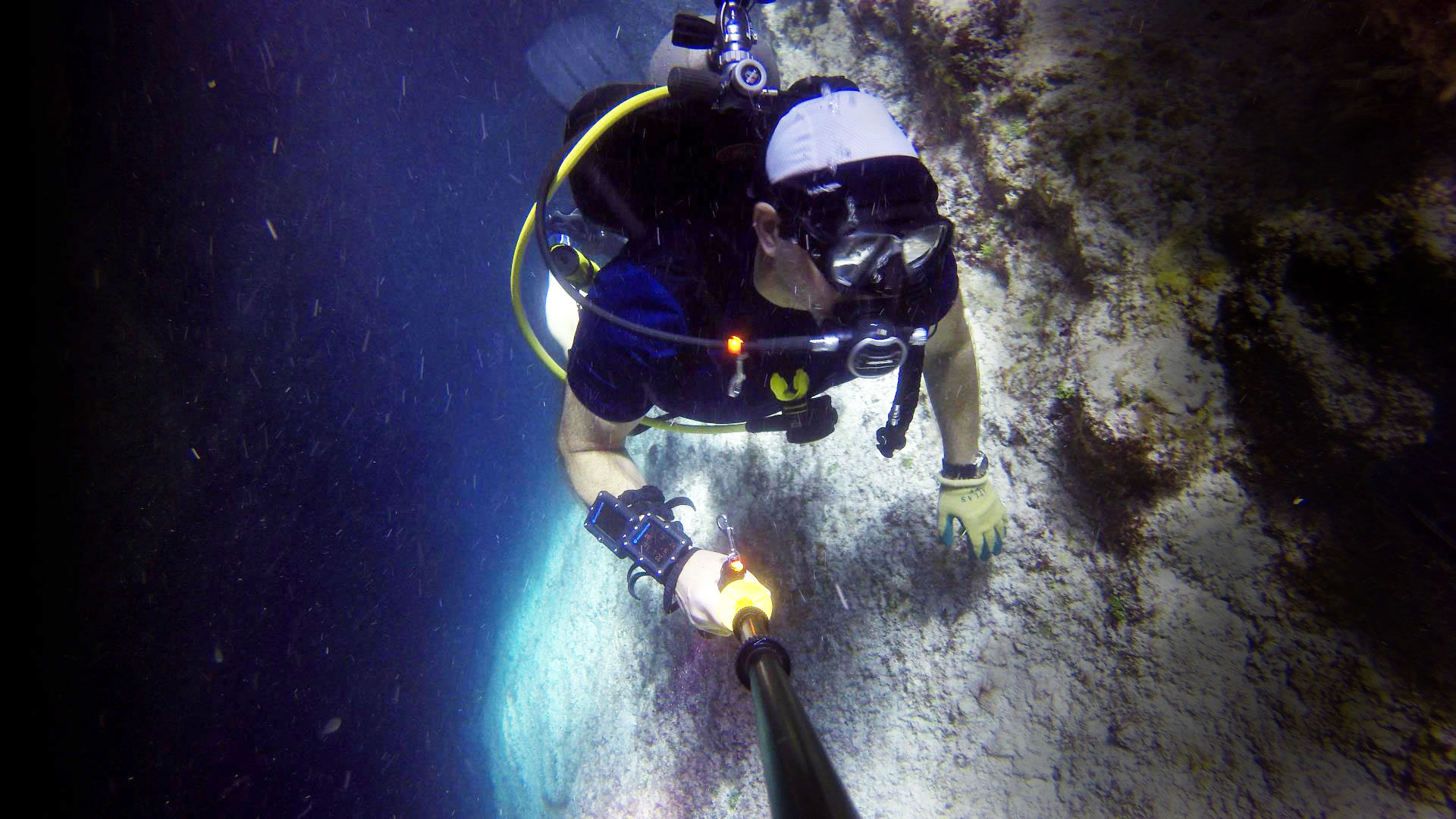 I started diving in the 1980s in Brazil at a time when there was no diving infrastructure to speak of, scuba gear was very difficult to come by, and we learned mostly from those who came before us. But for all the challenges that I faced on land, I got entry to a spectacular world under the waves, and I logged over 300 dives in the 5 years that I lived in Rio.

For much of my time diving, I have been involved in underwater conservation work and scientific expeditions to explore the Pacific along the California and Baja California coasts. I was the lead diver responsible for dive operations on expedition projects by the Scripps Institute, UC Berkeley, Texas A&M and others. I organized teams of divers, and planned, scheduled and otherwise managed all aspects of the dives. Much of this was in the 1990s when technical diving was not yet a term. We were doing deep, complex decompression dives using rich nitrox mixtures for deco, all under the guidance of medical doctors and before nitrox certifications became popular.

I also worked directly with the lead scientists on the expeditions to collect, catalog, and analyze data (I’m also a database guy) I participated in several discoveries, including a cave system under the Farallon Islands, habitat extensions for several species, new data about underwater islands that isolate life, and, most exciting of all, the discovery of a new species. It happened like this:
In the 1991 expedition to Rocas Alijos, 200 nautical miles off of the southern end of Baja California (pictured), I was just a diver with a deep interest in the science. The expedition leader recognized my interest and asked me to develop a map of the distribution of algae at Alijos. To help me succeed, he arranged for what amounted to private tutelage by the director of the herbarium at UC Berkeley, Dr. Paul Silva. Receiving private instruction from the likes of Dr. Silva was a rare privilege. He prepared me so well that, on a data collection dive at Alijos, I immediately recognized an alga as a new species of Codium and experienced a very special moment in my life. The work I did collecting, cataloging and mapping the distribution of algae was published in Marine Flora of Rocas Alijos and is referenced in the documentation of the new species, Codium schmiederi.

the reward of giving

I’ve been teaching for decades. From English as a Second Language in Rio when I was 17 to photography at the New England School of Photography in Boston, to computer science at UC Berkeley and Harvard, to scuba diving, teaching has always featured prominently in my life. And the rewards I’ve received from teaching rival even the most spectacular dives I’ve experienced. As an educator, I learned that teaching is never about the subject matter. It’s about the student learning the subject matter. Learn more about my approach to teaching.

Diving has given me experiences that I struggle to describe. I’ve explored deep wrecks, played with whales in a kelp forest, seen a waterfall of light in a blue hole, skimmed over the waves of an underwater river, and even talked to children of all ages from the other side of an aquarium glass. Diving has also made significant contributions to my personal development and growth. In diving, safety depends on an awareness that goes beyond oneself and that recognizes the strengths, limitations, and needs of others. Things like trust, integrity, and the courage of honesty are not optional when diving.

Today, I enjoy the priviledge of being able to share with my students what I have learned in decades of diving and teaching. I enjoy diving around the world, I go diving with my students, do technical dives with other experienced divers, and even slip over to Monterey Bay for my favorite dive in the Carmel Canyon when I can. I hope you will join me!

GET CERTIFIED
For everyone’s safety, AWSA has suspended all diving and dive training activities during the Corona Virus pandemic. We are eager to re-open, and we’re already planning several classes for our calendar! Please let us know what certifications you’re interested in and we will contact you when it’s safe to go diving again!Contact Me